Armour Transport has been supporting the Truck Convoy since we began in 2012. Not only did they participate, one of their employees John Norris became a champion for the cause. He went above and beyond to make sure his company supported the event by backing the drivers, but also he was a strong advocate for our athletes. John always encouraged the drivers to participate at the best level they could – fundraising, participating and taking athletes in the truck with them if they were able. As you can see by the smile, it was a partners 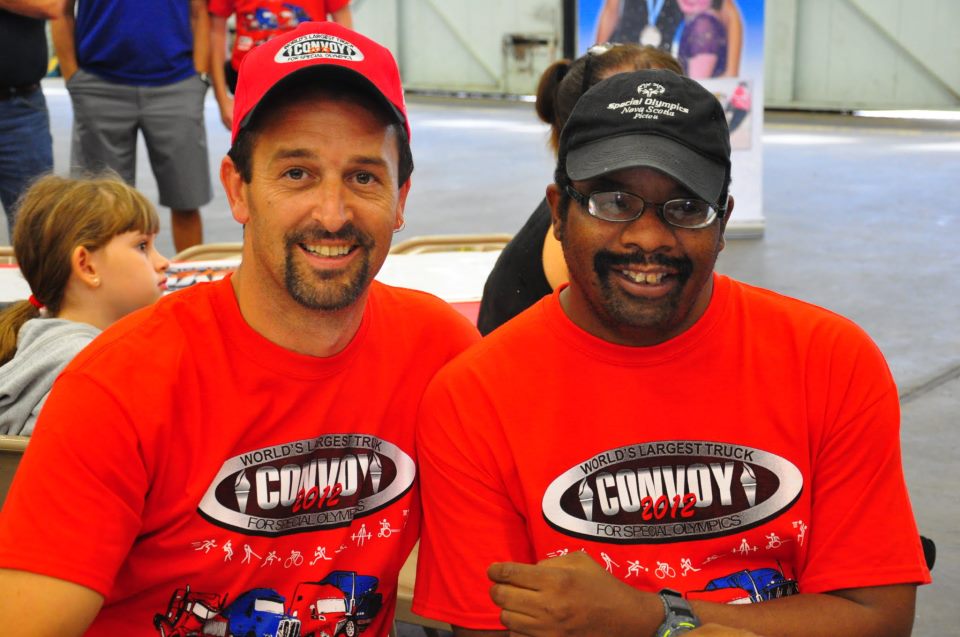 hip our athletes certainly were proud of.

However, as things often do, a change was coming. John took a different role within the company, and that left a hole in our champion network. However, that would not deter John. This year he began his journey to once again find us a new company role model.
In Paula Wentzell he found just that! Paula participated in the convoy in 2014 raised a total of $806.00 to help support our athletes and had an amazing day with her trucker buddy Matt “I had such an amazing day when I participated in 2014. It was so much fun, and my athlete was a great joy to host”, says Paula. 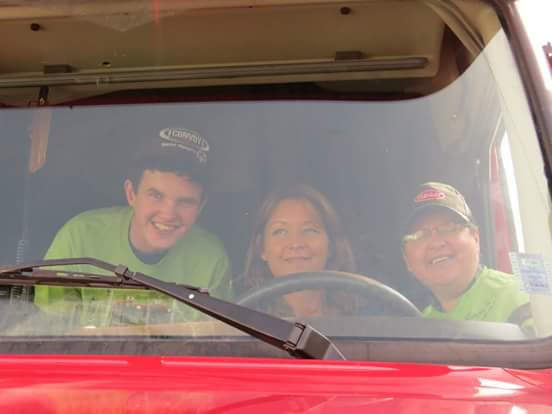 Paula will now take the wheel to help lead Team Armour on the 5th anniversary event on September 24th in Dartmouth. While we know John’s heart will always be with us, and he continues to work from the shadows, we thank Paula for helping to raise money for her team and our athletes.

The top fundraising team has the honor of receiving a banner to display at their place of work, and the honor of following behind the lead truck and our sponsors in the convoy as well as some great incentives for the drivers.

We have big dreams for our athletes and their future. This event is helping us to make them a reality. Learn more about Special Olympics.